Corbyn stops at planetpallet in a visit to Archway market

Jermey Corbyn has paid a visit to Archway market in North London and stopped at length at my stand to look and talk about pallets. The Labour leader defied a heavy rainy day to mix with locals and enjoy the new feeling of the area.

Corbyn was particularly interested to see the regeneration project that transformed a scary and huge roundabout into a large plaza alongside the old Archway Tavern. The Saturday market now brings life to the square and is a big driver for necessary changes in the area.

The old tavern and the new square and market 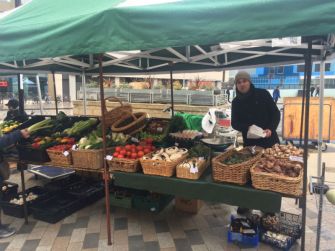 David is in charge of fruit & vegs ©Pedro Redig

Archway had a record of 115 crimes in December 2017, according to London Metropolitan Police. Half of that figure is shared by sexual and other forms of violence and anti-social behaviour. 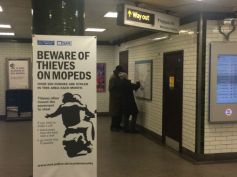 A poster reminds the dangers around the area ©Pedro Redig 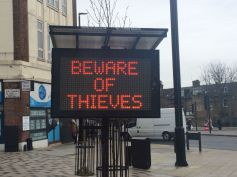 Another warning sign out of the tube ©Pedro Redig

Huge estates where social depravation is rife still pose a threat to the area near the underground station. A poster warns to traveller to look out for mopeds and an electronic sign, normally used for traffic, warns: “BEWARE OF THIEVES”

Archway is near affluent Highgate and is changing for better. The plaza and the market are at the forefront of this challenge. They now have the support of the Labour leader Jeremy Corbyn. Thanks for that ‘Jezza’!